When I wrote the previous installment of this series of articles I said some good things about the quality of Nvidia drivers and the nice touches that Nvidia have put in their firmware. Unfortunately, this didn’t seem to carry through to the GTX5xx series of cards as well as I’d hoped (my previous testing was done with an 8800GT card). It turns out that my new GTX580 card isn’t very compatible with the T221, and the cause is the evolution of those nice touches that Nvidia have put in their firmware that I mentioned before. The 8800GT card limited itself to 1280×1024 resolution when it did anti-aliasing. The GTX580 card takes it to the maximum – it will go into the highest resolution the monitor reports as being able to do. In this particular case, that causes severe problems – when the primary port starts to drive the T221 in 3840×[email protected], the secondary port seems to switch off, and for some reason, the Nvidia card won’t talk to it afterwards. That means that 2xSL-DVI mode won’t work to give you 3840×[email protected] The problem is, unfortunately, in the firmware, rather than the drivers, and both Windows and Linux drivers exhibit the same issue.

I did, however, manage to procure some DL-DVI adapters that saved the day. They come with their own EDID modes programmed in, and they don’t report 3840×2400 modes, only 1920×[email protected] So the AA doesn’t go into full tiled resolution mode and thus, you can see both halves of the monitor detect separately and the tiled 3840×[email protected] mode becomes available. The end result is quite awesome and worth the cost and the effort. Not only is this monitor fantastic for coding work (I like having lots of terminals open), but the monitor is in fact fully gaming capable (assuming you have a powerful enough card to drive it). As you can see, Crysis looks pretty amazing on it. 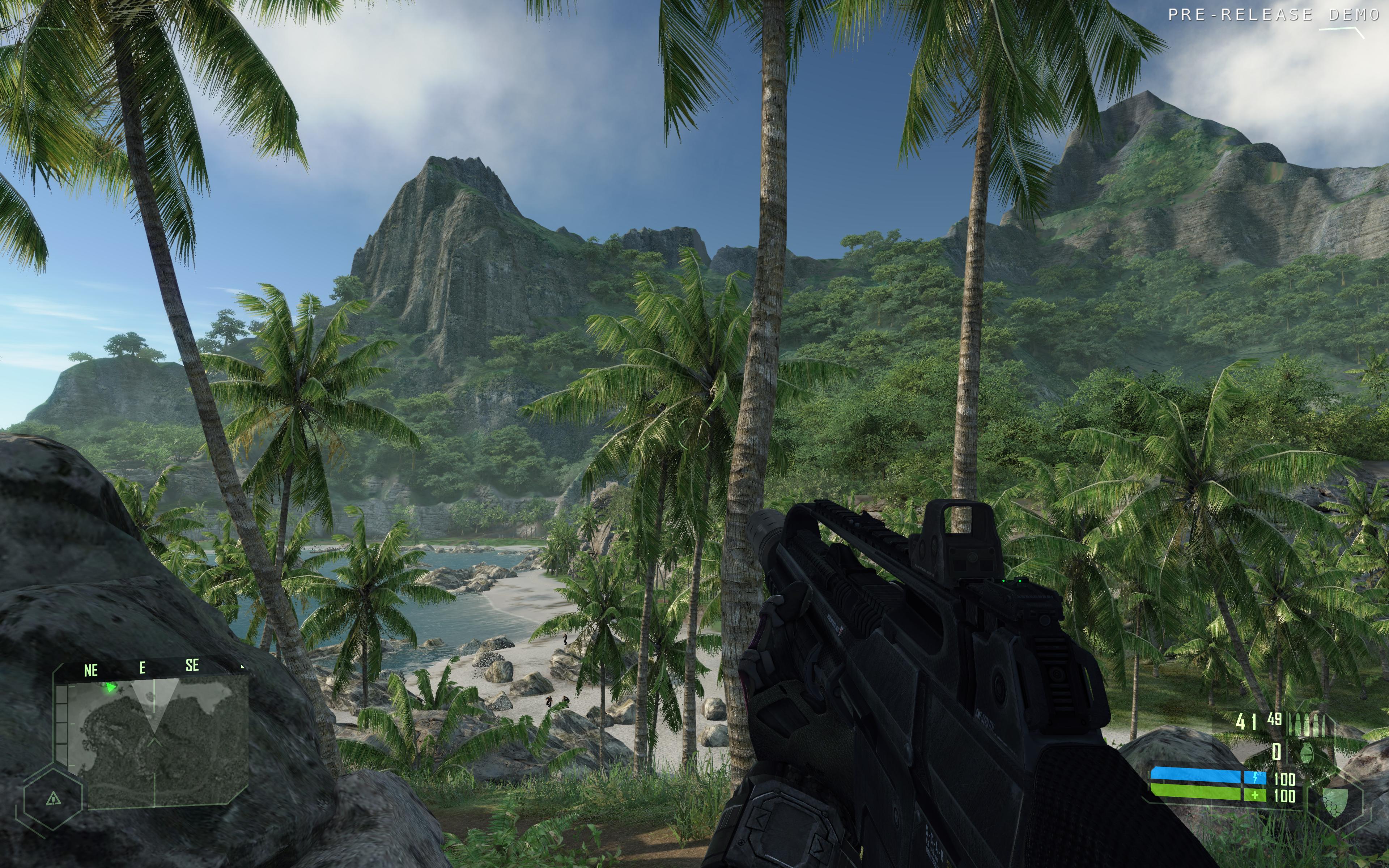